In this action, MH&H successfully represented the Community Housing Improvement Program (CHIP) on an amicus brief.

Judge Hagler of State Supreme Court handed a victory to owners of 421g buildings.  In the matter of Henry 85 LLC. v  Roodman, the building owner sought a declaratory judgement that an apartment renting for more than the luxury decontrol threshold in a building receiving 421g tax benefits was in fact decontrolled and not subject to the Rent Stabilization Law. The decision affirmed that buildings that receive 421g benefits are allowed to deregulate units that had rents above the luxury decontrol threshold during the tax benefit period.

This is distinct from court findings as regards 421a buildings; such buildings are barred from luxury decontrol during the tax benefit period. The incentive program known a 421g was created as a tax exemption and abatement for buildings that were converted from commercial to residential use. The Court affirmed the three bedroom penthouse at 85 John Street was subject to luxury deregulation and therefore denied the defendant’s claim the apartment was subject to rent stabilization. The court also enied the argument that the rent being charged for the penthouse was illegal.

CHIP filed an Amicus in support of the owner and was represented by Gregory G. Calabro of Moritt Hock & Hamroff LLP.

The decision is subject to appeal. 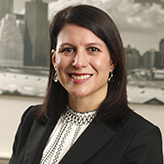